It is likely that oil traders continue to see massive amounts of volatility and therefore uneasiness in the markets.

West Texas Intermediate Crude Oil market initially tried to rally during the trading session on Thursday, initially rallying as much as 9% when it was reported that Saudi Arabia and Russia were discussing cuts that could be as deep as 20 million barrels per day. However, other reports are suggesting that it’s more likely that it will be 10 million barrels a day. As the meetings continue to go forward, a lack of clarity is of course causing major chaos in the market, with what was once a 9% gain in the market suddenly turning into a 12% loss.

At this point, a lot of traders are concerned that the coronavirus induced lack of demand isn’t going to be able to be countered, and quite frankly with storage capacity at almost full, there really isn’t a lot that oil producers can do in the short term to change the path of pricing. Because of this, sellers came in at just turn this thing around immediately. With that being the case it’s likely that we will continue to see massive amounts of volatility and therefore uneasiness in the markets.

The $ 20 level underneath is obvious support and I think it will continue to attract a lot of attention. Ultimately, I believe that the $ 20 level getting broken to the downside would be massive as far as the negativity is concerned one would think that there has to be a ton of buying orders in that general vicinity, as it had offered quite a bit of support . That giving way could open up the door towards the $ 17.50 level, perhaps even the $ 15 level after that.

The alternate scenario would be that OPEC comes out with something along the lines of a bazooka and turns this market right back around a break above the $ 30 handle. That being the case, the market would probably go racing towards the $ 35 level, and then possibly even the $ 40 level in order to try to fill the gap above. I doubt that happens though, unless of course OPEC do something rather drastic, on the order of at least 20 million barrels a day, if not even more. The market has spoken, and it says that oil prices are more than likely going to continue to go much lower. Silly short-term rallies will probably continue to work overall. 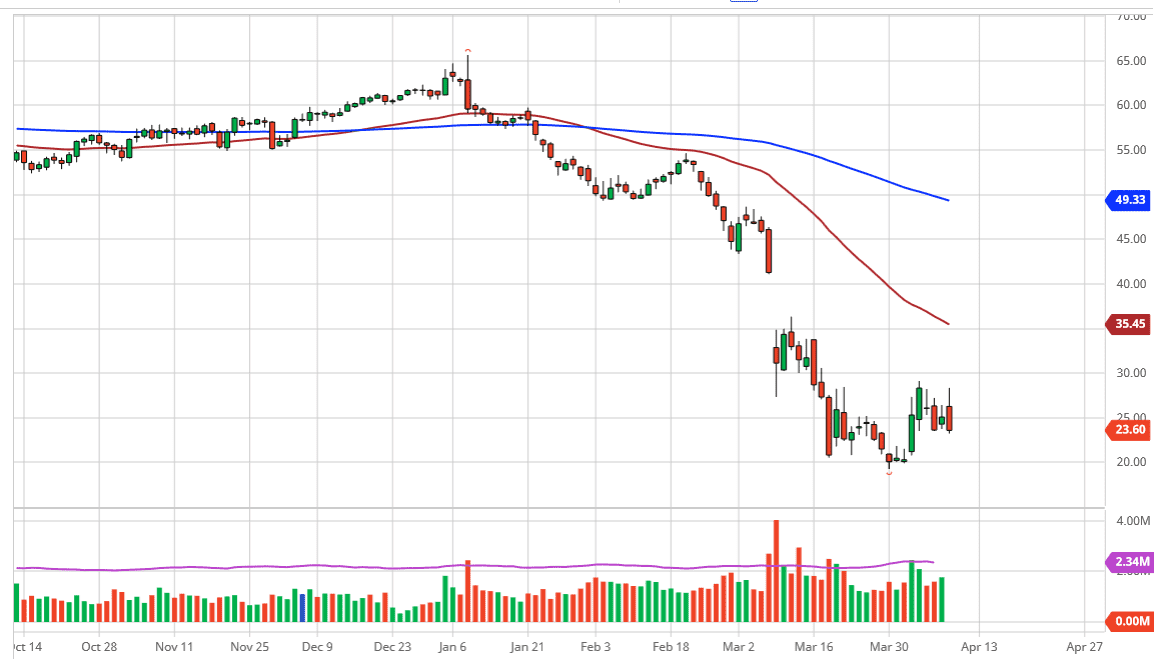 (Reuters) - Canada's main stock index rose on Thursday after falling in the previous session, led by a rebound...

G20 agrees on need for oil price stability, but more needs to be done - Canadian Minister - The New York Times