Latvian state to invest more than € 250 million in core capital of AirBaltic – bnn-news.com 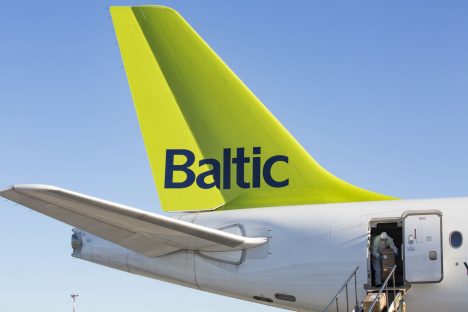 On Thursday, May 7, the Cabinet of Latvian Ministers agreed to invest more than 250 million euros in airBaltic base capital, as Prime Minister Krišjānis Kariņš told reporters after the government meeting.

Transport Minister Tālis Linkaits said after the meeting that the move will help bring the state’s stake in the business to 91%. This investment will be coordinated with the European Commission.

“This public investment will help the company to overcome the state of emergency and continue to grow, preserving Latvia’s competitiveness and connectivity with other European countries and other countries,” said the Linkaits , explaining that for Latvia, airBaltic is the cornerstone of the aviation industry and the engine of the whole economy.

The Minister of Transport said he was confident that “at the end of the crisis, the company will have enough strength to keep its place in the European air network”.

According to him, the government’s decision was based on airBalticLatest business plan, which includes significant measures to reduce costs, the fleet and the number of employees.

The minister said that the public funds of 250 million euros in the capital of the company will be invested in three stages depending on the situation in the industry. “We will carefully consider whether it is necessary to invest such a large amount. We will start with 204 million euros in the first stage, then proceed with a capital increase of 36 million euros as part of the conversion of state loans. Then we will see how the industry is developing, what the situation is and if there is a need for additional investment, “said Linkaits.

Linkaits said he appreciates the support of the minority shareholder in airBaltic and measures taken by the airline to reduce costs.

The government’s previous decision – to convert the € 36 million loan into basic capital – remains in effect, and will initially be with € 204 million. “This means that the total amount of the potential increase could be 250 million euros plus 36 million euros,” said Linkaits.

The representative of the airline, Alise Briede, informs that with this investment the share of the Latvian State in airBaltic will go from 80.05% to 91%.

The Latvian government plan, to be approved by the European Commission, plans to invest in airBaltic in many cases. Each portion of the funding will be provided in accordance with market rules, without exceeding the amount of the loss caused by the crisis caused by the COVID-19 pandemic.

airBaltic CEO Martin Gauss said the new capital inflow will help the airline execute its new Destination 2025 Clean business plan, which focuses on a fresh start, when all international flights are re-authorized. “This will contribute to the success of the company’s growth once the influence of the COVID-19 crisis is reduced,” explains Gauss.

“This sends a strong message to employees about returning to work,” adds Gauss.

According to information from Firmas.lv, airBaltic the basic capital is 256,472,824 EUR.

The EUR / JPY currency pair, which expresses the value of the euro in terms of the Japanese yen,...

The US dollar closes a three day rally and retreats below 1.3200. The loonie picks up in a moderately...

AUD / USD Current Price: 0.7139 The minutes of the RBA meeting showed that policymakers are preparing to cut...

The US dollar initially declined a bit during the week, but then turned to break above the ¥ 105...

J Is there night vision camera with other things added or not otherwise why no camera has night vision...