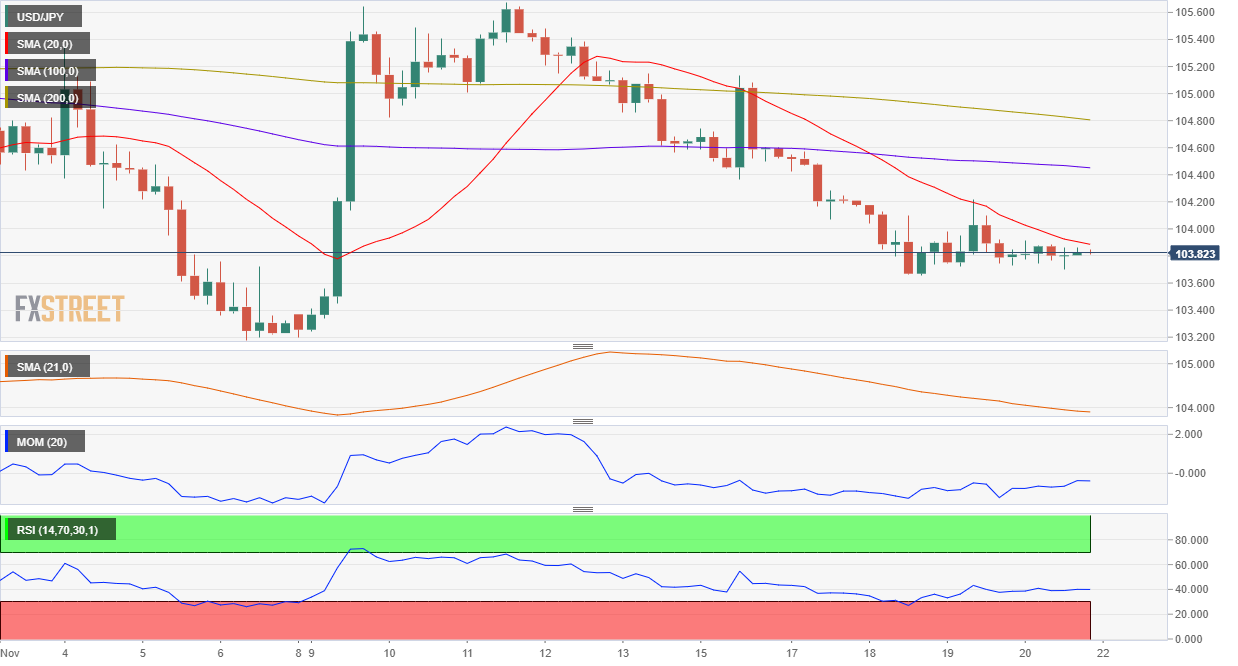 USD / JPY traded without incident over the weekend, closing Friday at 103.82. The Japanese currency profited against its American rival from the poor performance of equities, with Wall Street closing in the red. Additionally, US Treasury yields fell slightly, amid tensions between the US Federal Reserve and Treasury Secretary Steve Mnuchin over emergency funding programs.

Japan released national October inflation, which was worse than expected at -0.4% year-on-year. Core CPI lived up to expectations by printing -0.7% year-on-year. The country also released Jibun Bank’s preliminary manufacturing PMI for November which contracted to 48.3 from 48.7. Japan celebrates a public holiday this Monday, leaving the macroeconomic calendar blank.

The USD / JPY pair has found sellers around 104.00 over the last two trading days, and technical readings suggest a new lower leg is ahead. In the daily chart, the pair is developing below firmly bearish moving averages, as technical indicators consolidate in negative levels. In the shorter term, and according to the 4-hour chart, the risk is also biased to the downside, as a bearish SMA of 20 provides resistance, accelerating its fall below the larger ones. Technical indicators are developing below their midlines but lacking directional strength.

Peak coronavirus cases and hopes of at least one post-Brexit trade deal are pushing GBP / USD towards 1.37....

The USD / JPY witnessed some selling on Thursday amid persistent selling surrounding the greenback. COVID-19 vaccine optimism could...

On Tuesday, the RBNZ shifted to the idea of ​​looking at house prices as part of its monetary policy...