USDCAD sell-off takes a break around a new 32-month low at 1.2687 which appears to be an appropriate position for an upside reversal as the RSI and Stochastics appear to have bottomed out in the territory oversold. The MACD’s negative momentum has also abated, supporting the above narrative.

On the upside, however, there are two key hurdles bulls should overcome before triggering a noticeable rebound. the 1.2787 Resistance is closest, followed by the 20 day Simple Moving Average (SMA) currently around the 23.6% Fibonacci retracement of the 1.3389 – 1.2687 decline to 1.2852. If these barriers give the green light, the door will open for the key area 1.2955 – 1.3038 formed by the 38.2% and 50% Fibonacci levels. However, even if that were the case, the downtrend in the larger picture would remain in place unless the price breaks the September high of 1.3419, which is currently a long distance away.

In the negative scenario, where the pair slips below the 1.2687 Bottom, the sell-off could get new legs towards 1.2550, while below the 1.2400 mark could be another place to watch given its defensive actions against bearish corrections in 2015.

In summary, USDCAD could try to recover some lost ground in the short term. However, the success of such an effort may depend on the 1.2787 – 1.2852 area. 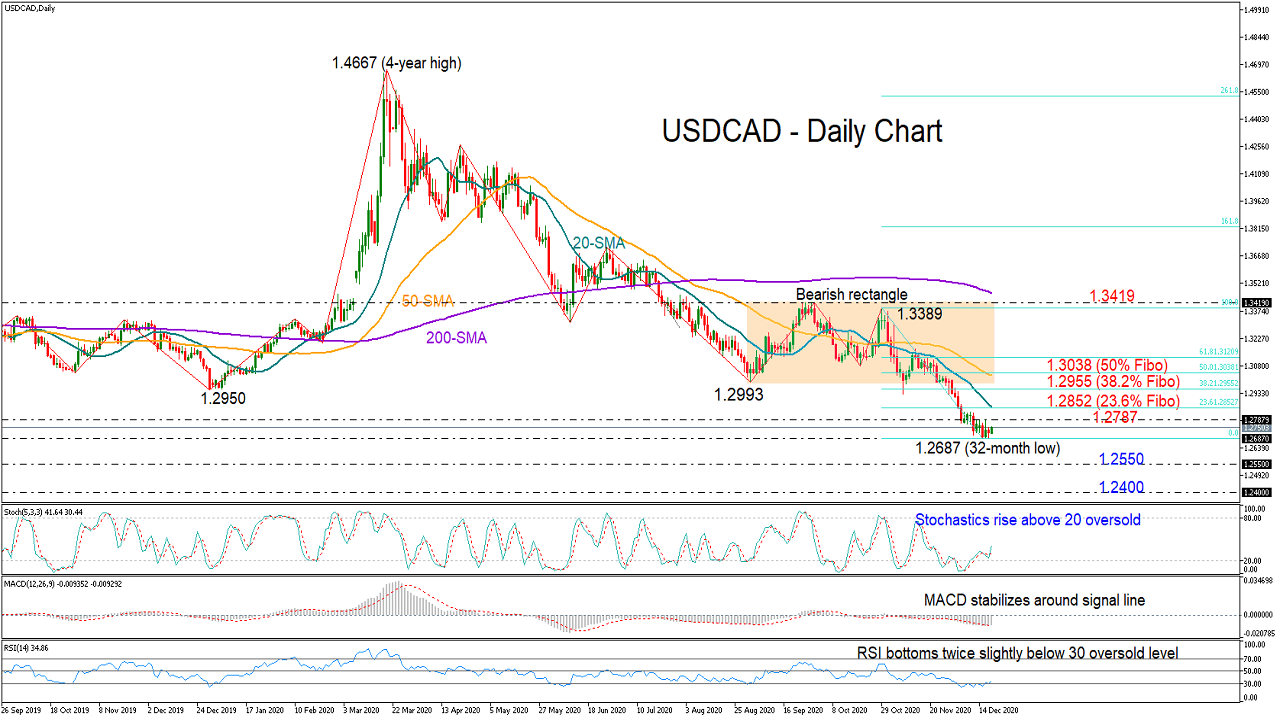