Denmark became the first country to exclude Johnson & Johnson’s Covid-19 vaccine from its vaccination program due to blood clot problems, a few weeks after it also excluded the Oxford / AstraZeneca vaccine.

Denmark’s health department said on Monday that it concluded the benefits of the J&J vaccine did not outweigh its risks, given that the country was “under control” for the pandemic and had decent stocks of other injections.

Deputy CEO Helen Probst said Denmark will be vaccinating mostly “young and healthy people” in the coming weeks and that the risk of serious blood clots will be greater than what it would lose if it didn’t use the shot to combat the spread of Covid. …

“In the midst of the epidemic, this was a difficult decision, especially since we also had to stop using the AstraZeneca Covid-19 vaccine,” she added.

Denmark is one of the European countries that has gone the farthest in opening its post-Covid society thanks to the coronapas certificate, which indicates whether someone has been vaccinated, recently tested negative or recovered from coronavirus in the past six months.

The government has excluded the AstraZeneca vaccine from its vaccination program due to a rare, unusual set of symptoms, including blood clots, bleeding, and low platelet counts, found in some people who received the vaccine. The first death of a man with these symptoms – a 60-year-old woman – was reported in Denmark in early March. US authorities have since said that some people using the J&J vaccine, which has never been used in Denmark, have experienced similar symptoms.

Denmark has almost offered everyone aged 65-74 the first dose of the vaccine and will soon begin vaccinating those under that age. The Danish Health Authority said the decision to end J&J vaccinations will especially affect people between the ages of 20 and 39, who now face a delay of up to four weeks, which means everyone will be fully vaccinated by the end of August. 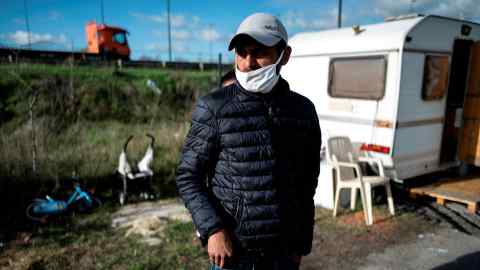 Danish Prime Minister Mette Frederiksen previously hailed the J&J jab as “a potential game changer” as the vaccine only requires one dose, while the jabs developed by BioNTech / Pfizer, Moderna and AstraZeneca require two shots.

The decision underscores the increasing use of Pfizer and Moderna vaccines, both of which are mRNA-based vaccines, in the EU. Most EU countries have resumed using the AstraZeneca shot, but many have age restrictions, such as Sweden and Finland, which only use it over 65.

By next Monday, a panel of experts in Norway will report on how the country should use the AstraZeneca and J&J vaccines. Health authorities have recommended phasing out AstraZeneca, as Denmark did, but the government was concerned about the implications for J&J, which was originally planned to be used to vaccinate most people aged 18-45.

J&J said that two weeks ago, the EU’s medical advisory committee “confirmed that the overall benefit and risk profile of the vaccine remains positive.”

“We believe that a single-use, easily transportable Covid-19 vaccine with demonstrated protection against multiple variants can help protect the health and safety of people around the world,” the company added.

Ethereum is experiencing a boom in NFT – as is network congestion