In the long term, judging by the results on the daily chart, it seems that EUR / USD is trading as part of an upward channel formation.

By the close of trading last week, EUR / USD had dropped to support level 1.2016, and gains from the upward correction pushed the pair towards the 1.2150 resistance level, a 2-month high. The downturn was boosted by data that showed the eurozone economy plunged into recession again in the first quarter, as restrictions imposed to contain the coronavirus pandemic weakened economic activity.

GDP contracted 0.6% compared to the fourth quarter, when GDP fell 0.7%. It was expected that GDP will decline at a faster pace – 0.8%. After record growth in the third quarter of 2020, GDP fell for the second time in a row, putting the economy back in a technical recession.

On an annualized basis, GDP declined 1.8% in the first quarter, but slower than the 4.9% decline in the fourth quarter. The GDP of the European Union in the first three months of 2021 decreased by 0.4%, and compared to last year – by 1.7%.

According to the European Statistical Office Eurostat, the annual growth rate was negative for all countries of the European Union, with the exception of France and Lithuania.

Germany’s GDP contracted in the first quarter after a slight recovery in the second half of 2020. GDP fell 1.7%, in contrast to the 0.5% growth recorded in the fourth quarter of 2020. On the other hand, the core EU CPI for April fell 0.9% below expectations with a 0.8% change (yoy). The general consumer price index for the period was in line with the forecast of 1.6%.

In the United States, preliminary annual GDP growth for the first quarter exceeded the expected change by 6.1% on a 6.4% change. The indicator (quarterly) also turned out to be better than expected with a change of 4.1% against the forecast of 2.5%. Prior to that, US durable goods orders for March were announced, and a 2.5% change and a record 0.5% were expected. Non-defense capital goods orders other than aircraft fell below 1.5%, with a 0.9% change, while non-transport durable goods orders were in line with expectations of 1.6%.

In the short term, looking at the hourly chart readings, it looks like the EUR / USD pair has recently retreated to deviate from a bullish channel formation, indicating a sudden change in market sentiment from bullish to bearish. Consequently, bulls will target short-term gains in the 1.2050 region or above 1.2094. On the other hand, bears will seek to gain profits around 1.1996 or below 1.1950.

In the long term, based on the results on the daily chart, it looks like the EUR / USD pair is trading as part of an upward channel formation.… It recently bounced back from a dip, climbing above the 23.60% Fibonacci level. This indicates an upward trend in the market. Accordingly, bulls will tend to ride the current bullish wave to 1.2177 or higher at 0.00% Fibonacci at 1.2344. On the other hand, bears will target a retracement around 1.1854 or below at the 38.20% Fibonacci level at 1.1690.

The Industrial Purchasing Managers Index (PMI) for the Eurozone economies will be published. During the American session, ISM Manufacturing PMI data and construction spending will be announced, followed by new statements by US Federal Reserve Chairman Jerome Powell. 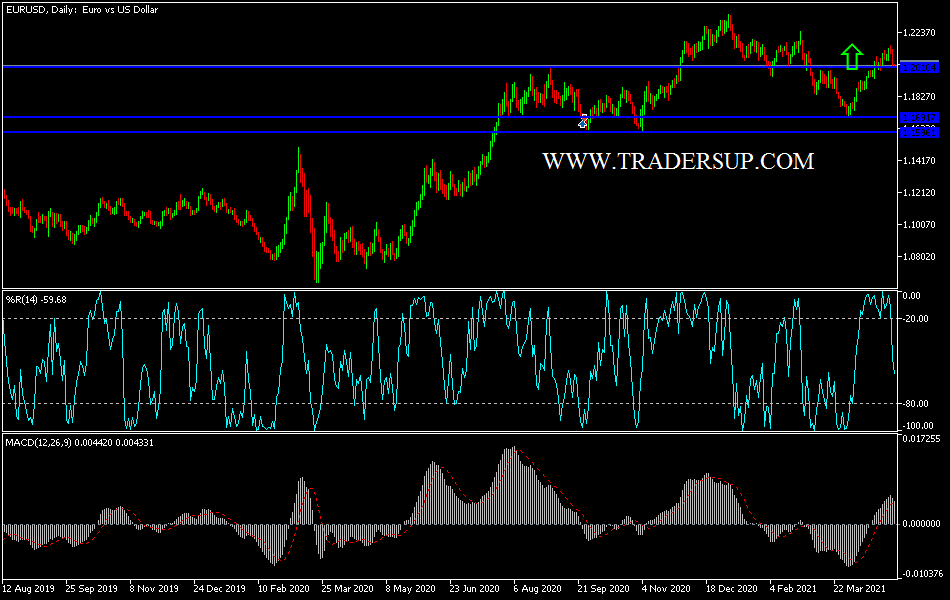 The CDC reported the death of a woman Ionia Co. after J&J vaccination