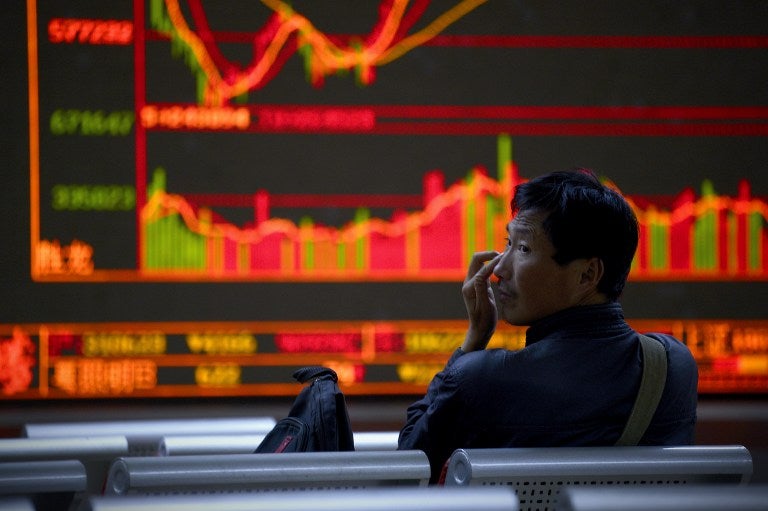 NEW YORK. Global equity markets began the fourth quarter on Friday with mixed results as Wall Street recovered from recent losses, but Asia and Europe have not made much progress.

Global stocks have plagued many concerns lately, including supply chain problems, inflation, delta Covid-19 and its impact on economic recovery, and more recently a political stalemate in the United States that is pushing it closer to potential levels. debt default.

Wall Street saw solid gains on the first day of October trading, which observers viewed as news that pharmaceutical giant Merck will seek approval in the United States for an oral anti-Covid-19 drug that has performed well in clinical trials.

“I think this is what a lot of people want, and not just investors, is the Covid cure,” said Kim Forrest of Bokeh Capital Partners.

It was a tumultuous day in European markets, with London’s FTSE 100 and Frankfurt’s DAX ending the session in the red, while the Parisian CAC 40 finished almost stable. Asian markets suffered more serious losses early in the day.

“Markets are likely to remain volatile early (fourth quarter) and October is another historically volatile period following the boom in September when the S&P 500 broke a seven-month streak of gains,” analysts at Charles Schwab said.

Indeed, there was cause for concern. The Commerce Department’s Personal Consumer Spending Price Index rose 4.3 percent from August 2020 as the world’s largest economy grapples with supply chain delays and shortages amid its recovery from the pandemic.

Legislators in Congress on Thursday night approved a measure to stop the U.S. government shutdown, but now they only have a few weeks to lift the debt limit and stave off default or face economic disaster.

“The news from Washington was not so encouraging,” said Briefing.com analyst Patrick O’Hara.

– Inflation lowers mood –
In Europe, investors were also worried about the sharp rise in inflation.

Consumer prices in the eurozone rose 3.4 percent year-on-year in September – the fastest pace since 2008 – due to soaring energy prices.

Most global central banks insist that the current surge in inflation is temporary, but investors still fear that monetary tightening could further damage any recovery from the coronavirus.

“Having said that, the European Central Bank is singing the same song as other major central banks, suggesting that the increased inflation rate is temporary.”

“Time will tell” whether the ECB will need “some tightening measures in due course,” he said.

Investors are gearing up for the Federal Reserve to begin cutting back on its massive bond buying program by the end of the year.

Higher government bond yields in the US and Europe unnerved investors earlier this week.

All three major Wall Street indices closed in the red on Thursday, which was also the last session of the third quarter. Overall, the Dow and Nasdaq declined for the quarter, while the S&P 500 showed slight gains.

Sydney shed two percent, despite news that Australia will begin opening its borders in November after 18 months of restrictions.

Markets in Hong Kong and mainland China were closed for the holiday.